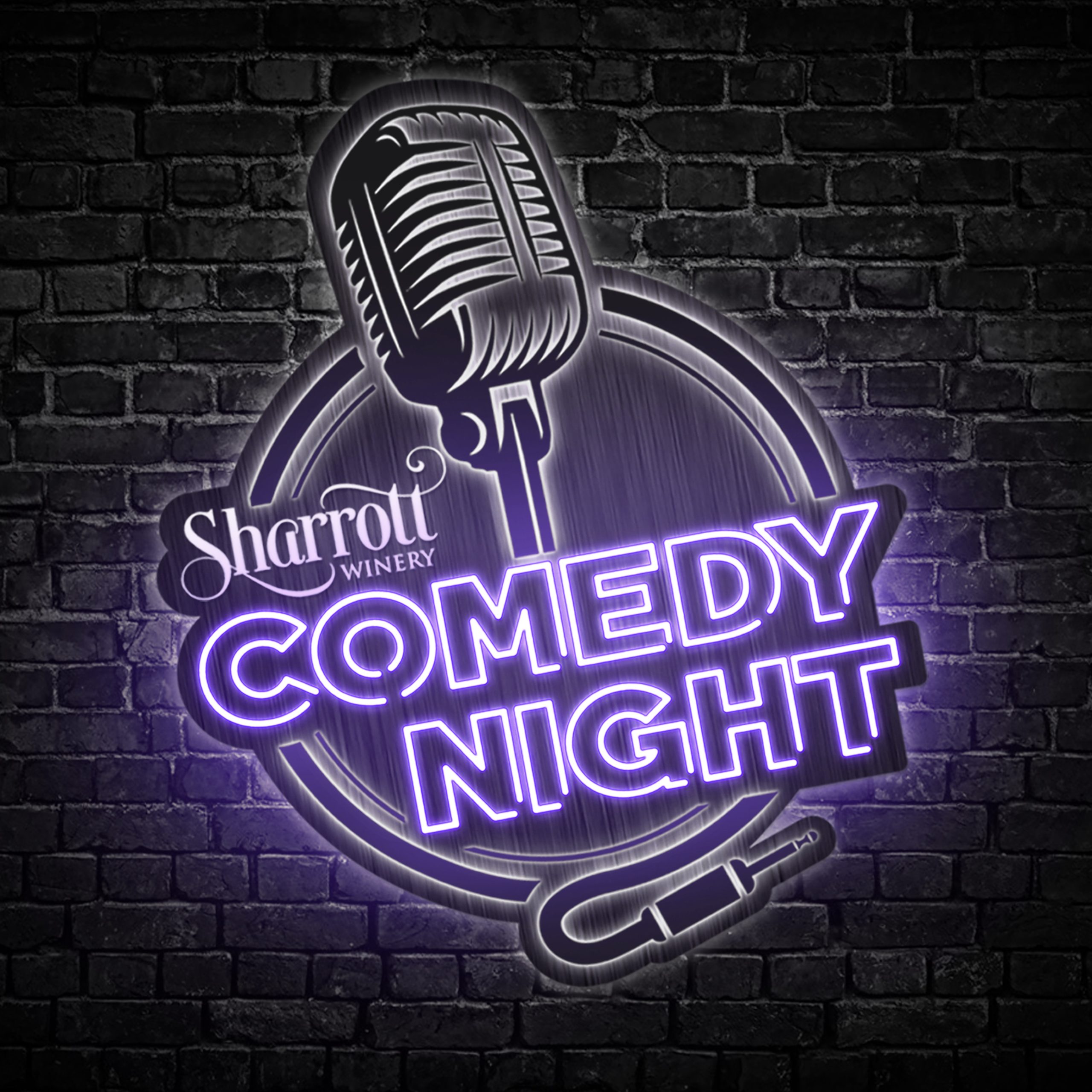 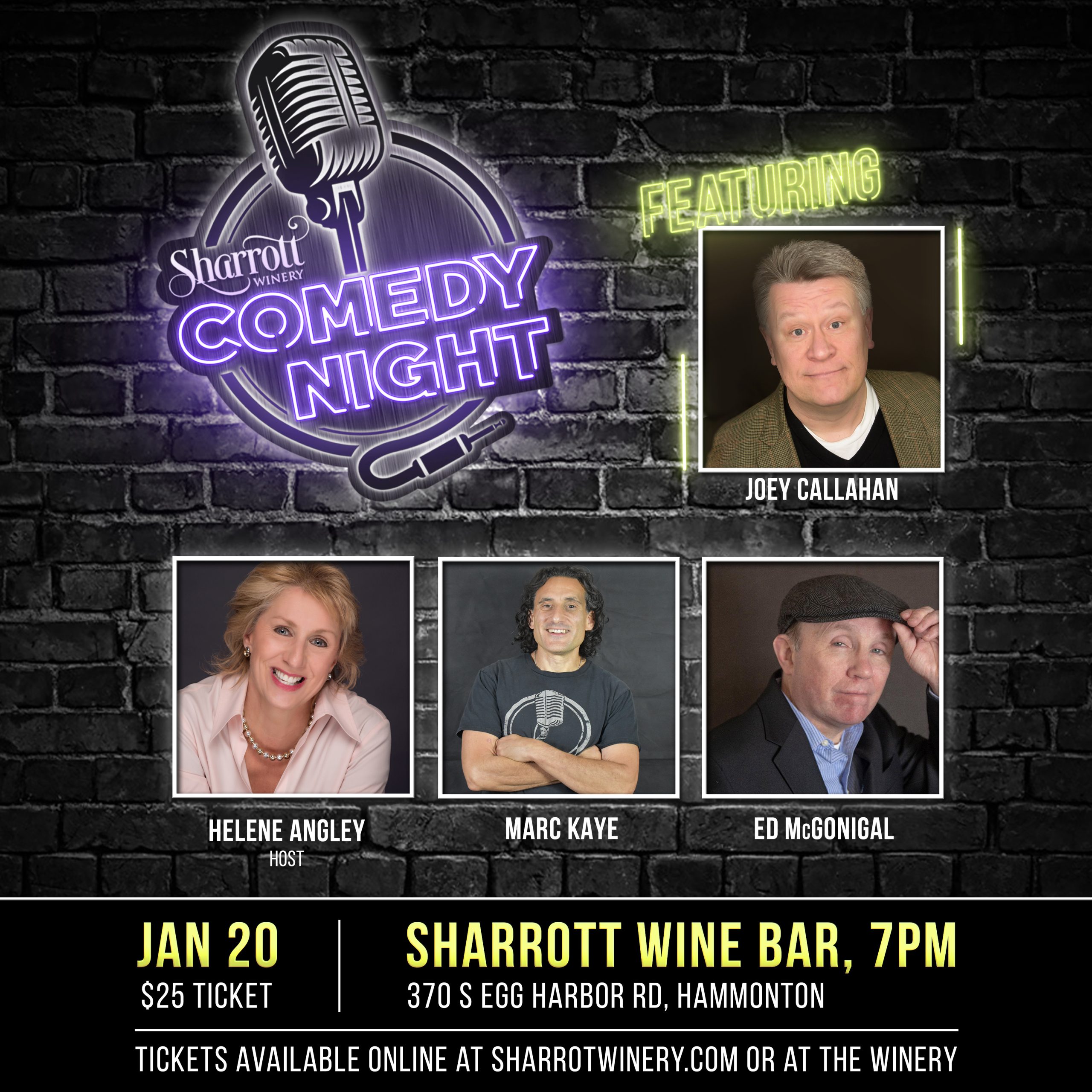 Welcome to Comedy Night at Sharrott Winery! The Sharrott Wine Bar will feature top-tier comedians whose job is to make you laugh! Hosted by “That Tall BlondeComic” Helene Angley, each Comedy Night brings a mix of established and up-and-coming comedians ranging in appearances from late-night to casino gigs, TV shows to movies, and maybe even their very own stand-up special! Sit back, grab a glass—or a bottle—and get ready to laugh your glass off!

Our featured headliner for this event will be Joey Callahan. He has performed his one-man show at the prestigious Fringe Festival in Edinburgh, Scotland and filmed his comedy special “Notorious F.O.D” at the Dry Bar. He is a regular at the Borgata in Atlantic City and has appeared on Comedy Central, ESPN, Fox TV and the BBC.

Along for the ride will also be Marc Kaye and Ed McGonigal.